War is the most irrational activity that human societies engage in. Ending it will not be easy. It will require more than politicians talking with each other. It will need large numbers of people all over the world communicating about the causes of war, listening to each other’s stories and healing from how they and their people have suffered from war. It will require people committing themselves to working together to end war, taking leadership, and developing strategies. Language oppression, along with nationalism, racism, sexism, and the long human history of war and colonialism are major challenges to ending war. In this post I will focus on language oppression.

What is language oppression?

An example of a blatant, personal, conscious act of language oppression is calling somebody an insulting name and saying “Speak English. We are in America!” A subtle personal act (conscious or unconscious) might be not making friends with a neighbor who is not fluent in your language. An unconscious personal act might be assuming another person is not as smart as you because they don’t speak your language, or feeling impatient at a community or political meeting when time is taken for interpretation. Sometimes the person who receives the message might think it is blatant, but the person acting it out might think it is subtle or insignificant. An example of an institutionalized act of language oppression is using standardized tests in English as a measure of intelligence or achievement with students who are not fluent in English. You can think of other examples. Since English is the dominant language in the world, native English speakers can play an important role in ending language oppression. 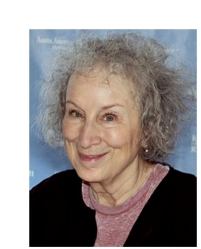 The Canadian novelist Margaret Atwood wrote, “War is what happens when language fails.” I understand her to mean that a requirement for preventing war is that people talk to and respect each other and each other’s language. This is more challenging and more complex than it might seem at first.

When countries, or even individuals, disagree, there are often deep feelings that interfere with people understanding each other, even when they speak the same language. But when different languages are involved, it becomes even more difficult to communicate precisely. Some words or phrases do not have precise translations. In direct conversation, body language and facial expressions may lead the receiver of a message to misinterpret its meaning. Informality can be interpreted as lack of respect. Direct eye contact or lack of it has different meanings in different cultures. In addition, people can have attitudes that their language or culture is superior or inferior to another, or that ability to speak a certain language is a sign that the speaker is more intelligent. Racism, nationalism, and unfriendly attitudes toward immigrants and refugees from war, or other severe conditions, often intensify bias against people who do not speak the dominant language. Speaking rapidly to people who are not fluent in your language, or using abstract or academic language, is oppressive. This is a practice that I fall into at times when leading workshops.

I am hopeful, since people inherently care about each other and want to work together for a better world, that human beings can end language oppression.

In order to end war, people from different countries and cultures will need to

Since it is impossible for every person to learn every major language, communication will require skilled interpretation. Interpretation is also needed because most people think best in their native language. It is also important in meetings and workshops to give time for people to think in their native language. And we have to remember that, “Each language has its own take on the world. That’s why a translation can never be absolutely exact, and therefore, when you enter another language and speak with its speakers, you become a slightly different person; you learn a different sort of world.” (Kate Grenville, Australian author)

I define language liberation as the effort to (1) recover from any pain and disrespect that people have experienced by belonging to a particular language group, and (2) create places and processes of equality and inclusion where people can help each other recover their understanding of who they really are, the significance of their culture and languages, and give people the opportunity to think and communicate in their native language.

What you can do:

* If you are interested in the mechanics of this interpretation process go to One system for interpreting in a setting with many non-native English speakers.